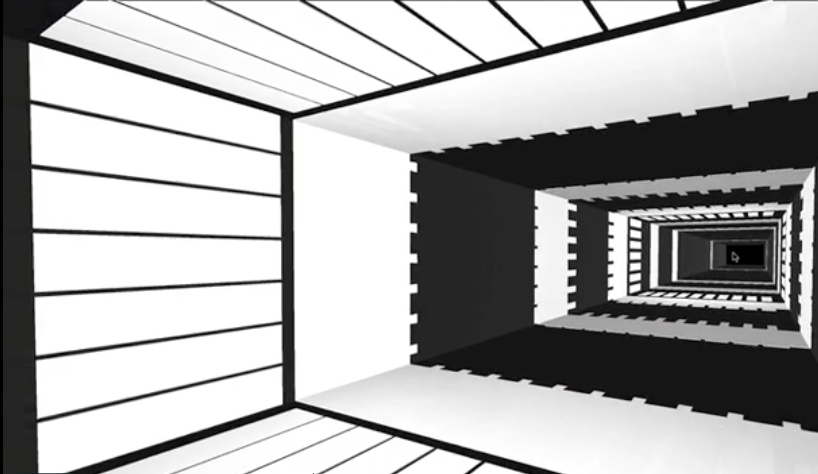 In Spring of 2012 Occurrent Arts had the opportunity to work with Hush and Skylab Architecture to concept a large-scale interactive installation for Nike at the Eugene Olympic Trials. The ultimate goal was to convey to the public attending the event exactly how fast these nike athletes are, and to immerse viewers in a new perspective of speed. Above is Hush’s documentation video.
The mechanism for imparting this feeling was a 100m perspective adjusted tunnel lined with a massive LED wall depicting the fastest runs from the Olympic Trials. A giant, 1:1 representation of just how fast the world’s fastest are. To concept this Occurrent Arts developed an application modeling a long 3D tunnel. You could travel down the tunnel and shoot pulses of light of different sizes, shapes, speeds, and directions. It helped us learn how to design content that both shows you what speed looks like, and impart upon you what speed feels like.
Our initial plan was to make the tunnel’s display experience a realtime abstraction of the action on the field. In an exploration of the best ways of abstracting motion in this way we did some quick experiments using the laptop’s webcam. Here’s one:
Another idea was to create a display experience using data from the Nike+ API. We wrote a sketch to process data from the Nike+ database, order it, and sonify the data:>/div>
PRESS: