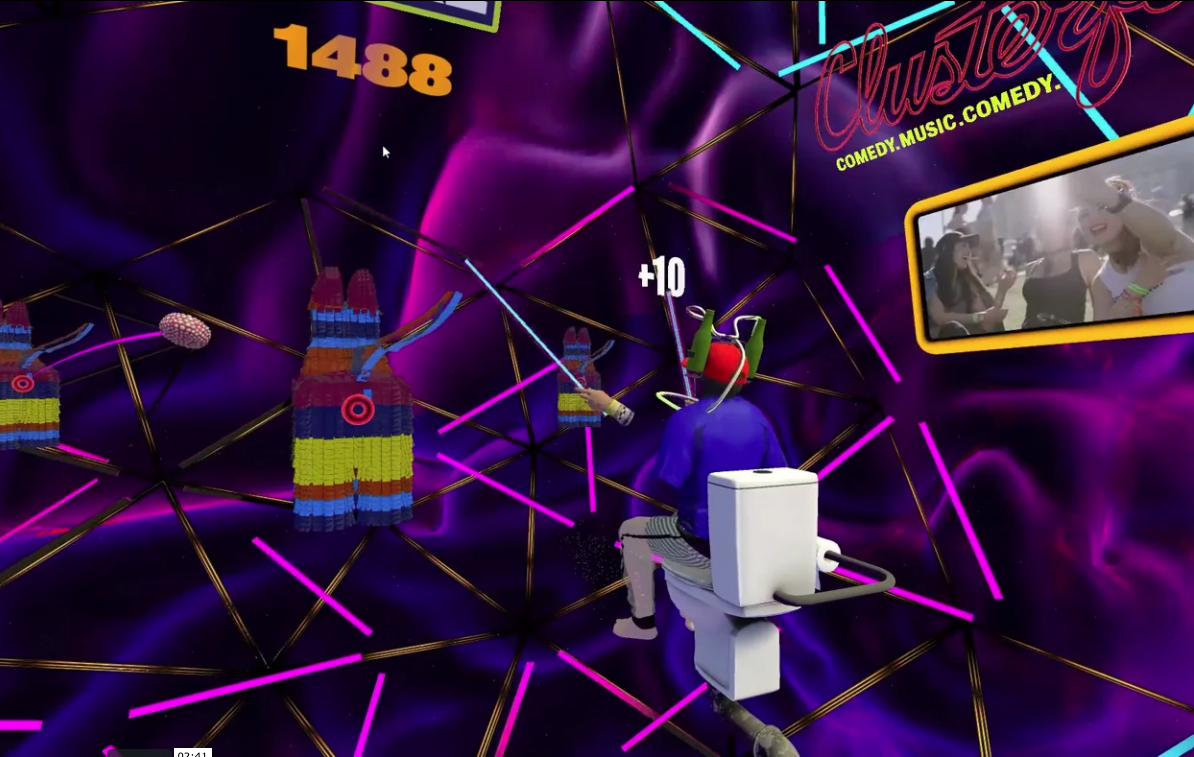 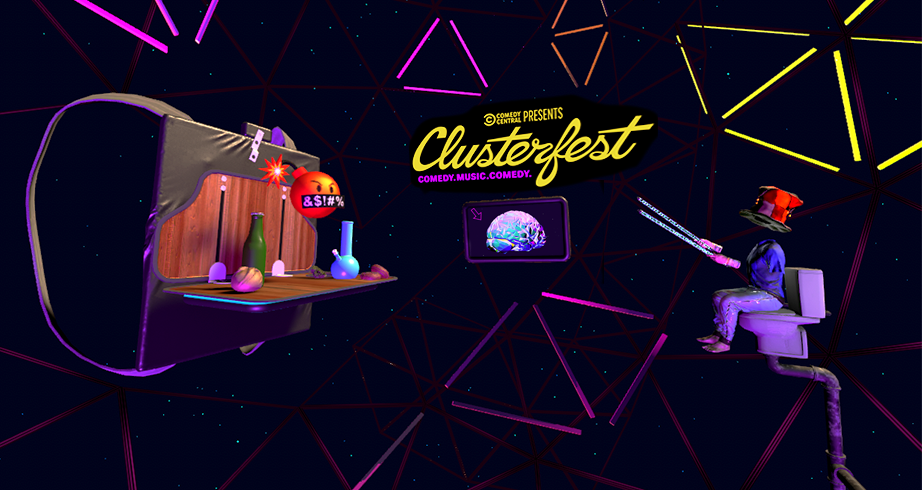 Summer of 2019 we worked with Piranha NYC to contribute interactivity ( Unity3D development ), sound design, and original music for "This is Your Brain on Clusterfest," a VR experience for Comedy Central's SF comedy and music festival Clusterfest.
Attendees of the festival lined up to take one of three seats running the experience. Once outfitted with an Oculus Rift-S, they went head to head smashing various objects in VR while undergoing funny burns from the Comedy Central writing team.
The player's face was mapped onto an avatar body beneath randomized funny hats. External video of their gameplay was streamed to a television for onlookers to watch and judge as they competed for the top position on the leaderboard. After playing, a short video of the gameplay was dynamically cut together by a TouchDesigner application and shared to the player's phone.
Toggle the Widgetbar