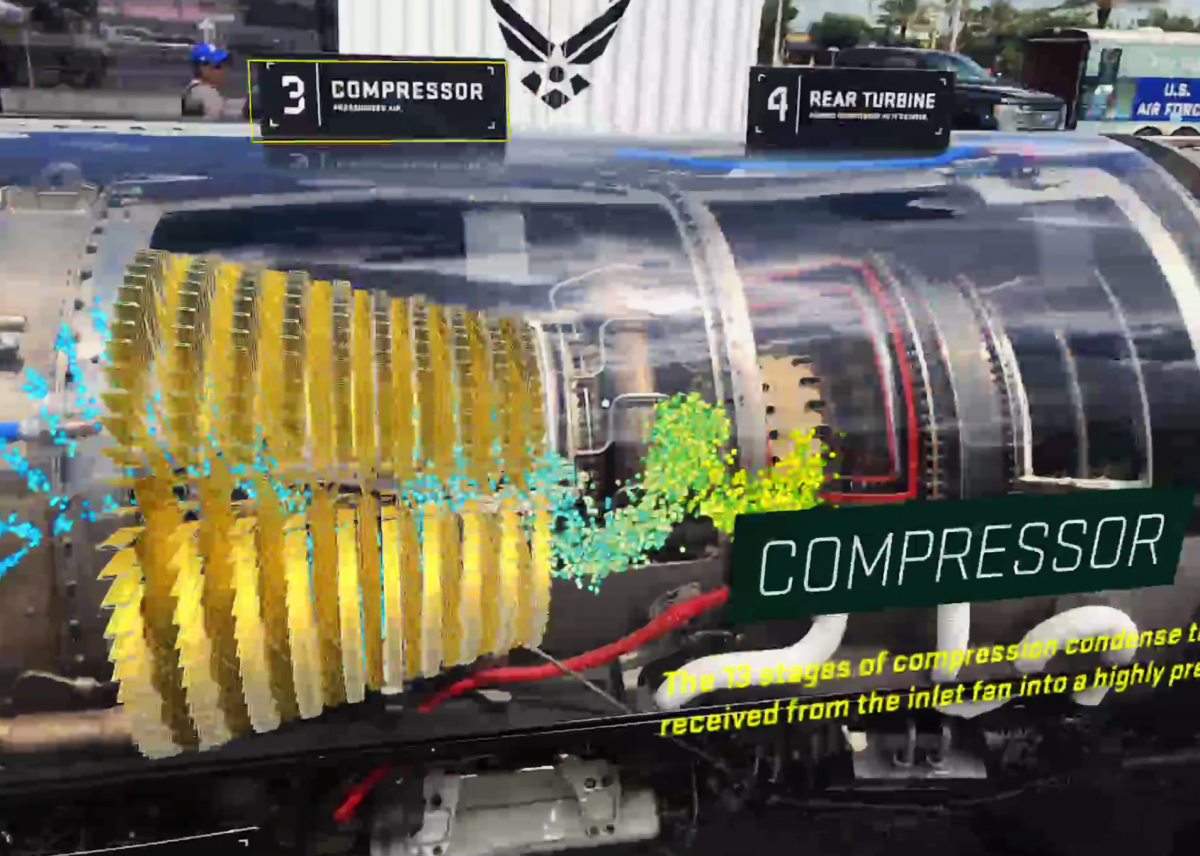 In early 2018 Occurrent Arts was contracted by Wildlife and GSD&M to develop an augmented reality experience for the Air Force Maintainer Tour; a unique traveling activation designed to educate the public about the fascinating work done by the dedicated men and women of the US Air Force. The basis of the project was a full scale, functioning F-35 jet engine which was cut open to reveal its inner details to the passing public.
There wasn't much precedent for the creation of an AR project of this scale, so Occurrent Arts was encouraged to explore different techniques for recognition, interaction, alignment, and rendering in order to develop a production process.
We started out by developing a basic AR experience with an existing digital 3D F-16 engine model. In the prototype we use one calibration marker to place the geometry for the experience, and use the reticle ( dot in the center of the screen ) as a pointer for the user to select and highlight the different parts of the engine that they want to learn about.
When we had an opportunity to visit the engine in person, we attempted to use the process of photogrammetry to create a scale 3D digital replica of the engine. Wildlife would then use this to place and model the various geometry for the engine ( the turbines, gearbox, augmentor window, etc. ).

We attempted to use the previous marker technique to and align the engine model but quickly realized that tracking for such a large object can be finicky and imprecise with this method. Instead we opted to use physical labels on the engine as reference targets to manage placement of the corresponding geometry and particles. Check out a capture from the experience's first deployment at Daytona Beach at the top of this page.
Toggle the Widgetbar